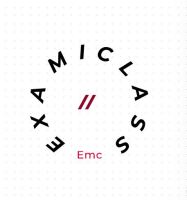 A shoal in a stream of humdrum

Anchored till there’s naught left of me

All else roams free

Winds kiss my nape as they blow past

Grain by grain they erode and scar me

I envy those grains, for they’ll travel far

Those lush green hills will never shade me whole

My brethren, so close, yet unreachable

Subject to the same fate, they suffer together

I’m condemned to a solitary demise

In spite of all, I’ve learned to cope

For when darkness falls, and the skies are clear

John answers the call of nature!

Today I have the privilege of reposting this blog. It was written by Author Patricia Furstenberg, and she gives us some insight into her new novel, ‘Silent Heroes.’ At the bottom of this post, you will find purchase links and more information about Patricia.

Rafik, the youngest character from Silent Heroes is forced to leave his home village of Nauzad, alone. Somehow during his trip, no spoilers here, he ends up at Camp Bastion, then is forced to wonder through the Afghan desert and he even takes a drive in the US Marine’s Oshkosh vehicle, a short moment of respiro before his life is endangered again.

We are now approaching the emotional ending of Silent Heroes.

‘Conde immediately took in the mountain sight in front of them, the one shooting towards the sky. There was only one thing higher, the cerulean sky above.’

‘If mountains could, Kent asked himself, would they choose to close their slopes and crush the intruders coming in with wicked thoughts?’

The Hindu Kush mountains, a natural maze of valleys and peaks blocking all satellite signals are the preferred hiding-spot for the Taliban, their secret lair. Very few locals know how to find their way around.

‘Marcos noticed the zig-zagged pattern of her approach as she followed a barely visible path. For the untrained eye, it looked like nothing, a maze of greenery and rocks. But Marcos saw the trail, wider where the shrubs were missing and the rain had softened the soil, narrower in the rocky passes. In places, it looked like a disturbance in the dirt, like a child had sketched a line with a stick. Nevertheless, it leads upwards, towards the Taliban camp.

As if to mock them, a spring ran on their right side, rushing down the slope, singing and jumping from rock to rock. The steeper the slope, the more cheerful the stream whooshed.’

‘A skinny figure detached itself from the tight group approaching the Marines, his eyes dancing on a dirty face, streaked with dust and blood.

‘You came, you came!’ it chanted then hugged each one of them not minding their weapons poking his ribs. ‘I knew you will come,’ the boy said then turned towards the small crowd in an out-pour of words and gestures.

The bouncy body, the cheerful eyes?’

‘From between the trees, a skinny Afghan boy bounced more than ran down the path and he didn’t stop until he reached the girl. He jumped around her, waving his arms up and down, not sparing any cheer. His cheeks were strung with tears, yet his mouth showed all his teeth in a wide grin.’

Has Rafik found his people’s peace? Is the young boy finally reunited with his small family – whatever was left from it after the Taliban’s attack on their village?

I wished I could hold his hand, my youngest character, but I could not. Life and war threw insurmountable challenges at him. He was asked to perform missions that put him in life-threatening situations. During his journey he was exposed to an IED field, got lost in the desert and ended in the Hindu Kush Mountains.

But this is war. This is life during wartime. And Rafik made it to the last chapter.

Will his heartwarming nature and willingness to help be something you will take with you when you close the book? I hope so.

I hope that Rafik’s long journey culminating with the Hindu Kush Mountains spiked your interest. You can BUY Silent Heroes from Amazon UK, Amazon US, Amazon Australia, Amazon Canada, or Amazon Worldwide: link here to your preferred Amazon website.

Patricia Furstenberg writes with passion about history that blends with fiction, about war heroes, human or canine, and she also pens humorous poetry & haiku about nature and dogs. With a medical degree behind her, Patricia is passionate about mind, brain and education and the psychology behind it. She also loves coffee and she loves to travel.

Her latest book, Silent Heroes: When Love and Values Are Worth Fighting for, is a highly emotional read, action-packed, a vivid story of enormous sacrifice and bravery. Silent Heroes is a narrative about the value of life. Whose are the spoils-of-war? A new look at the War in Afghanistan, at the MWD, Military Working Dogs and the brave Marines fighting it, but also at the Afghans caught in it.

One of her first books, Joyful Trouble, was an Amazon Bestseller in Historical Fiction, Africa.
Her book of poems “As Good As Gold” became a #1 New Release the day it was published.

Patricia’s writing is filled with “creativity and vivid imagery” and she knows how to “capture the reader’s imagination.”
Her words penned in her children’s books “truly make the world a happier and more beautiful place!”

Patricia Furstenberg came to writing though reading, her passion for books being something she inherited from her parents. As a winner of the Write Your Own Christie Competition, the Judges “were impressed by her thorough investigation and admired the strength of her narrative; they were impressed by her style”. The judges thought Patricia’s writing style is “well structured, with a great sense of tension and suspense”, “confident and intriguing”. The Judges were Mathew Prichard, David Brawn from Harper Collins UK and Daniel Mallory from Harper Collins US.

An avid reader, Patricia Furstenberg enjoys historical fiction, especially the Late Middle Ages, and war stories that are a blend of facts, folklore, mystery and include a dog or two. She also loves contemporary fiction, especially mystery and crime, classical poetry and haiku. Some of her favorite authors include, without being limited to, Agatha Christie, Kathy Reichs, Elizabeth Kostova, Dan Brown, Ionel Teodoreanu, Camil Petrescu.

‘I love to explore the human imagination. I am a tourist of history, a permanent guest in the labyrinth of books, a student in the world of art.’

Today I’m privileged to host, once again, nineteen-year-old singer/song writer Thomas Mastin. Some of you may recognize the name from a previous interview we did back in December of 2018. Please click on the link, if you want to read that one. Please note, that some of the links on that post are no longer available or relevant.  His current social links and some videos can be found at the end of this short interview.

Interview With Up And Coming Musician, Thomas Mastin

Thomas and I go a few years back, I remember a time when he needed two hands to swing one drumstick. Ok, maybe not that long, but it’s been a pleasure watching him grow from a young kid playing his heart out at church, into the talented musician he is today.

I’m offering you a brief glimpse into his journey. A tale of struggles, perseverance, Faith, life detours, and lessons. Thomas’s ‘can do’ spirit is an inspiration!

Me: You’re not a shiny penny to the music industry. You’re young, but you’ve already had a significant amount of experiences. Can you share some of those?

Thomas: Two summers ago, I was a drummer in a band called Arbour Season. We played a lot of venues in Florida including Busch Gardens, Splitsville in Disney Springs, and Mother’s Restaurant in Tampa. We’ve also done House Shows, which are exactly what they sound like. The band would do their gig at a residence either indoors or out.

Me: There’s been some ‘bumps in the road’ since those sunny Florida days. Can you share what’s happened and how the course of your career has changed?

Thomas: Well, as things go, we parted ways and I charted a course for a solo career, however, I’m a social guy and decided it wasn’t for me. I met Nathan Hardy, an amazing guitar player and fellow song writer. We formed Hello July. The name came to us one day, when we were in Nashville. I saw a poster for a band called Goodbye June. I jokingly mentioned Hello July. The agency that signed us, Brave Enough Agencies, supported it.

We began singing Blues, but our genre has evolved into a mixed style of rock and pop. It almost sounds a bit like Cold Play, and U2.

I’ve gone through an issue with my voice. As it turns out, I was straining my vocals, making them inflamed and they bled at times. Someone who knows more about singing than me, said to be careful, or there could be permanent damage. I’m taking some lessons and going a bit easier. I’m also learning certain diets that can help or harm your voice.

Me: I hope coffee’s okay!

I’ve never forgotten that saying, even put it in the notebook that I use to write music. Those words remind me to be humble and with the trials of the past year, I’ve lost an arrogance. I’m no longer that high schooler who expects everything to fall into place.

Me: I think people can relate to struggles. We all have them and there’s an appreciation for an artist who is open about their challenges. They realize they’re not alone. Listening to music is often an emotional experience for most people. It can soothe, recall distant memories, and bring joy. You’ve been given a special gift.

Thomas: Yes, and now I’m in a place where people can relate to me better. This past year has taught me who I really am and that I sing, not for fame, but for God and to inspire listeners. It’s been hard for some to wrap their heads around the fact that I’m not pursuing a Christian music career, exclusively. I understand that, really, because when you grow up in the church and you say that you’re pursuing a music career, they expect Christian only. But I want to reach those who are struggling, both Christian and non. The band, NeedToBreathe, does this. They play worship songs on Sunday mornings, but festivals throughout the week.

We are planning a tour of Canada first, before eventually heading to America. We’re hoping to start with a few local House Shows. I’m willing to travel to the Toronto to Ottawa areas, and beyond. We have one booked, a couple from our church, they want to be the first. 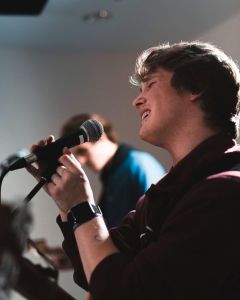 Me: Does Hello July have any videos?

Thomas: We’ve made four. Speaking of a humbling experience, one day I was in a line-up at the grocery store and a woman behind me recognized me from a video. I asked her how she liked it, expecting a positive answer.

(laughs) I was surprised but answered, “Well, I’m glad I’m pretty, at least.”

Me: We all get those. They’re great reminders that not everyone appreciates your work. Most of the time it’s a matter of personal tastes. Personally, I don’t pay much attention unless a particular issue is mentioned by several different people.

My name is Thomas Mastin, I’m a 19 year old singer song-writer from Roblin, Ontario! Here are some links to my social media and one of the videos my bandmate Nathan and I have put out.

Find out more about Thomas and Hello July

About my life and everything else 🙌 Inst:@nihilnove

A place to share the things that I write

The Life & Ramblings Of A Zillennial

Bringing The World Together...