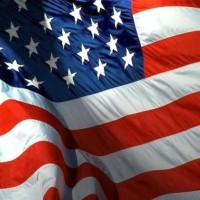 A seed landed on an ancient, beardless Mountain. Upon seeing the specimen, the mountain scoffed, surely nothing would come of it. Such a puny, insignificant thing could not possible affect a massive, immortal being such as he. His rocky exterior was impenetrable. Over the eons, neither rain nor wind, had been able to topple him.

Creatures such as the mountain goat, the eagle, and the mountain lion had lived and died in his peaks. As agile, mighty, and ferocious they may have been, a mere slip of a boulder had crushed more than a few. Who, or what, was this speck of dirt? What right did it have to habitat his body?

Day after day, the winds blew and Mountain waited for the seed to blow away, yet nothing of the sort occurred. Unknown to its rocky host, the seed had found a small alcove and was protected from the wind. It had also found a small crack in the rock and had begun to take root. Tiny string like roots were, at first, the only things preventing a freefall. Eventually the seed outgrew the alcove and was subject to the brunt of the wind’s fury.

The mountain rejoiced, for it thought surely this was the end, but the little beast hung on. Time passed and the tree grew, in spite of, or because of the storms. Mountain was shocked and impressed, he could feel the roots growing deeper inside of him, splitting rock and gathering nourishment from the slightest source.

One day, when spring arrived, Mountain woke up to see that tree was covered in thousands of beautiful blossoms. Such color had never adorned his drab exterior. This time, he rejoiced for a different reason. This time he was glad his friend had possessed the resilience to not only survive but thrive.

And so, it is with you. In this time of pandemic, economic fallout, and great uncertainty, find an alcove and set down roots in whatever bit of hope and joy you can find. Bloom where you are planted!

It is a secret blog.. Share it only with your best people

Enjoyable Information. Focused or Not.

creating order out of chaos, and vice versa

A Blog about a real mum's experiences

I share my experiences and secret of coping with insecurities and constant struggle of body and image. I’ve spent the last 7 years in learning everything there is to know about the Weight loss & Image building.