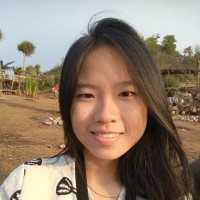 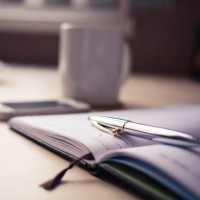 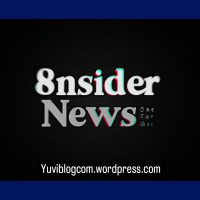 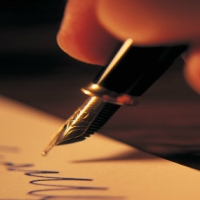 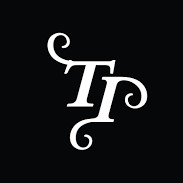 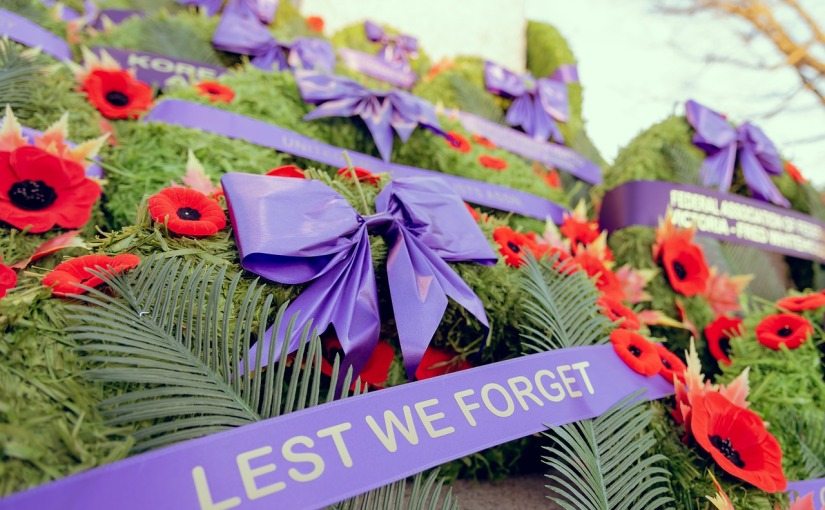 How often do Canadians think about the men and women who’ve served and currently serve keeping all citizens safe, secure and at peace?

Once every year on November 11? Perhaps twice if counting Canada Day in July?

secure freedom. People gather at local and national monuments and cenotaphs. News coverage of veterans and reminders of the importance to share stories of past generations with the current and future ones.

With November 11th only a few days past, and with Christmas coming soon, let’s work as a collective to keep all of our service men and woman and their families top of mind. This Canada, today’s Canada, would not exist as is if not for all of the soldiers, sons and daughters who volunteered to march on the front lines, fly fighter jets over enemy territories, help the wounded and sick in make shift bases, sail ships to faraway places and leave all and everything they had ever known behind.

Currently, all Canadian Armed Forces members including reservists, special or elite operations teams have a duty to protect and serve the citizens of Canada and the world.  Wars are happening all over the globe and the military has been or is involved in someway with most of them. These are the people who would and do die for you. They lose their life in order to save others. That might be something to think about for more than two minutes once a year.

Everyday, civilian’s also put their life at risk to help others. Doctors and nurses take oaths promising to deliver medical attention to anyone in need without bias or judgement regardless of differences. Firefighters literally walk into burning buildings to ensure human safety. Police respond as quickly as possible to disturbance and distress calls, crimes and accidents never knowing what they find until on scene.  Paramedics come, assess, treat and transport individuals with emergent medical needs to hospitals working perilously to remain with patients ensuring safe delivery to a medical team. Border Patrol Officers, Correctional Workers, Security Guards all work in dangerous situations daily. Professionals working hard to handle and control violence, trafficking and crime. Of course, this list is not exhaustive. The work and stress these professionals deal with gives the common citizen peace of mind, security and the knowledge that help can be on the way in a matter of minutes.

Being born in Canada is a privilege. Canadian citizens are guaranteed certain rights and freedoms written into law. For example, freedom of religion, of thought, of expression, of the press and of peaceful assembly. Democratic rights, mobility rights, legal rights and human rights. The right to leave, stay in and return to Canada at anytime. These freedoms are not available or ever attainable for every citizens of the world. Countless countries and nations do not subscribe to the same beliefs and freedoms as Canada does. Canadians have everything available to them in the security net of this great nation. More often than not,  this is taken for granted.  From now through Christmas and beyond, find a way to thank someone who has dedicated themselves to helping and protecting others. Keeping them in your thoughts and giving them the gift of gratitude is priceless. 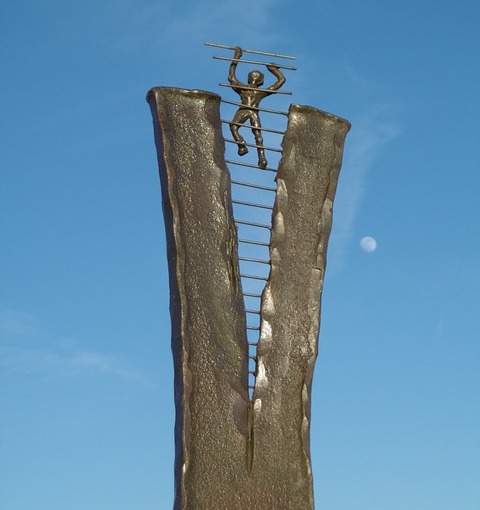 “Good for you,” you might say. “It’s great to keep those water bottles and batteries out of the landfills. I recycle too.”

“Umm, yes. Haven’t you seen that tiny garbage can in my office? The one that has ‘I made this much garbage’ stenciled on it? I really do that.”

If that’s you, keep up the great work! Saving the planet is a very noble cause, but it’s not physical waste that I’m talking about here.

What do you do with your disappointment?

Do you bury frustration deep inside when Jack, the office grandstander, steals your well-deserved promotion? What about when those nay-sayers mock your dream to build a waterpark in the backyard?

I’ve been there and done that. Not anymore. I’ve decided to follow the examples of the people mentioned below. I’m going to take all of that emotional garbage and recycle it into a can-do attitude.

After being fired for failure to control her emotions, Oprah went on to create one of the most popular talk shows in history and her own production company.

Today the name Walt Disney conjures up images of Mickey Mouse, amusement parks and family fun. This was not always so. Failure after failure drove this icon to an emotional breakdown in midlife. He developed the habit of quiet reflection which lead to new ideas and the result is what you see today.

Despite the death of her mother, divorce, and raising her child in poverty, the creator of “Harry Potter” rose from the ashes and became a best-selling author. There was no magic to her success, just plain old resilience.

Have you ever tried to do something 10,000 times? That’s the number of tries it took for Edison to finally light up that bulb.  When asked by a newspaper reporter if he felt like a failure and if he should give up, after having gone through over 9,000 failed attempts, Edison simply stated “Why would I feel like a failure? And why would I ever give up? I now know definitely over 9,000 ways an electric lightbulb will not work. Success is almost in my grasp.” Teachers once labelled him as “too stupid to learn.”

Apparently, he “failed” to live up to their standards when he patented 1,093 inventions

Replace all negativity with these attitudes:

Do you believe in your passion? Don’t give up.

Is your idea great? Keep going.

Can’t get to the right people? Think of something different to open doors.

Failed again? Revise it. Learn from feedback and make it better.

The accumulation of failure equates growth. We become wiser, smarter and braver each time we fail.

Who are we kidding? Failure hurts. The victory lies in picking yourself up and

foraging ahead with a new perspective, some well-earned knowledge and a thicker skin. Embrace each failure. You may be closer to success than you realize.

Define your own meaning of success.

Then shoot for the stars, wiping the stardust off along the way. 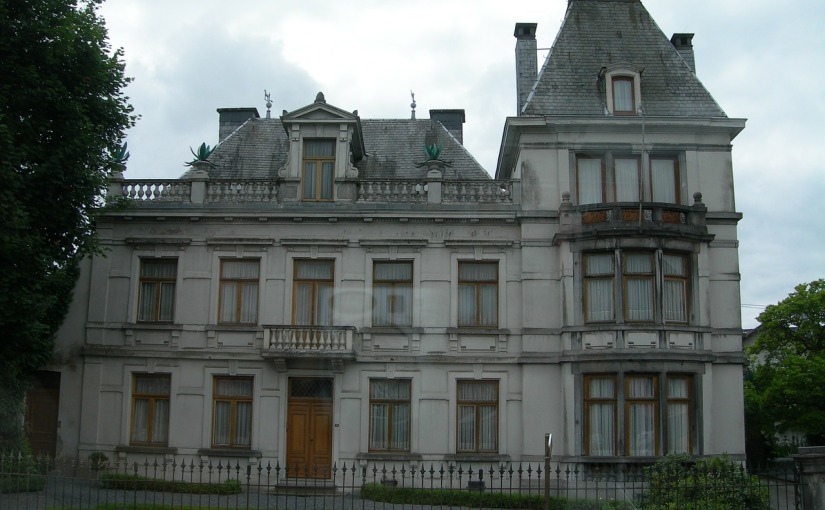 A list of this and other crazy facts about those “stuffy prudes.”

1. The Texas Ranger may have had his eyes on the bad guys, but dishonouring a Victorian could spell death! Forfeit a bet? Call someone a coward? You may eat more than just a knuckle sandwich. The daisies in many cemeteries receive a helping hand from beneath, courtesy of those on the losing side of a duel. For some, the tried and true method, with all its rules and terrestrial limitations, had fallen out of fashion. Two rivals once devised a way to spice things up.

In early May of 1808, Monsieur Le Pique and Monsieur de Grandpre boarded two separate but identical balloons and armed themselves with blunderbusses. These were early versions of shot guns. To make things fair, neither was to shoot until an agreed-upon height of around 900 yards was reached and a signal given. Le Pique fired his weapon first but missed. Grandpre scored a direct hit on Le Pique’s flying contraption and sent his rival crashing to what must have been a terrifying death.

2. Forget the Tylenol. Arsenic was often used in medications. Despite the known dangers, it was used to treat asthma, cancer, reduced libido and skin problems. Regulations to protect patients was slow in coming because of capitalistic interests and government indifference.

3. “Her corset is electrocuting her!” Scott shouted as he tried to throw the switch.

Well, not exactly. In reality, the “electrical” corset employed a magnetized-steel busk. The promised benefit was improved circulation. It was invented by Dr. Scott and sold by Cornelius Bennett Harness. The invention comes as little surprise. The Victorians were obsessed with all-things electric and eagerly purchased other quackeries, including electric hair and flesh brushes.

4. Do kittens have tea parties? Can rabbits learn to read and write in a formal school setting? Can a monkey saddle up and ride a goat? Yup. If they are subjected to Anthropomorphizing Taxidermy.

Walter Potter, apparently bored with the “Plain-Jane” version of stuffing dead animals and posing them into standard positions, decided to take things a little further. Indeed, it became all the rage.

5. The term, “if looks could kill” could have been taken quite literally in those “good old days.” Belladonna drops were used to dilate the pupils and give the eyes that special glow. There was only one catch . . . Belladonna was poisonous.

6. If you’ve seen the movie Weekend at Bernie’s then you know what can happen during an attempt to make a cadaver appear alive. One cannot helpbut contemplate the possibility that thefilm’s producer may have gleaned the

idea from the Victorians. Whether you label it sentimental or macabre, a simple google search will fill your screen with images of deceased Victorians posed to create that very effect. Often the dearly departed would be photographed with the living.

7. If you’re into ceramic garden gnomes, terracotta turtles, or any sort of outdoor knickknacks that add flavour to your yard, you have got to read this!

No wealthy landowner was complete without his/her very own living Garden Hermit. What, pray tell, was a Garden Hermit and what need was there for one? The second question is easy, they served no function. They were unwashed and unkempt people who were paid to live on the property and be, well, hermits.

8. Beer! For breakfast lunch and dinner!  While alcoholism was a problem back then, just as it is today, the men and women of that time can be somewhat forgiven for their generous consumption of the beverage. With water and food supplies often contaminated, it was a way to avoid becoming sick. Though one must consider what the rate of liver cirrhosis was.

those supposedly prim and proper ancestors of ours. As with many areas in life, things are often not what they appear! 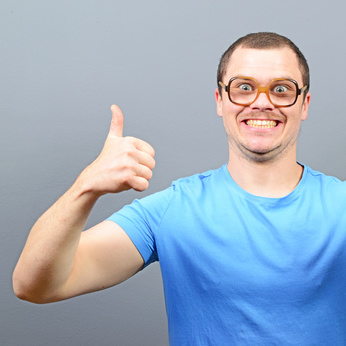 At times, I find myself focusing only on the negative side of life. That is, until I remember that the only one responsible for my happiness is me. In reality, it’s not the CIRCUMSTANCES that control my mood, but rather my PERSPECTIVE. Though I may not always succeed, I am going to try and be thankful for the good things in life. They don’t all have to be big events, the little ones can be just as awesome. Here is a list of three random situations that always bring a smile to my face. These are definitely up there on my “Thumbs Up” list. Please feel free to add yours, add as many as you like. Keep on!
Mark

3. Watching a news report about someone helping others! 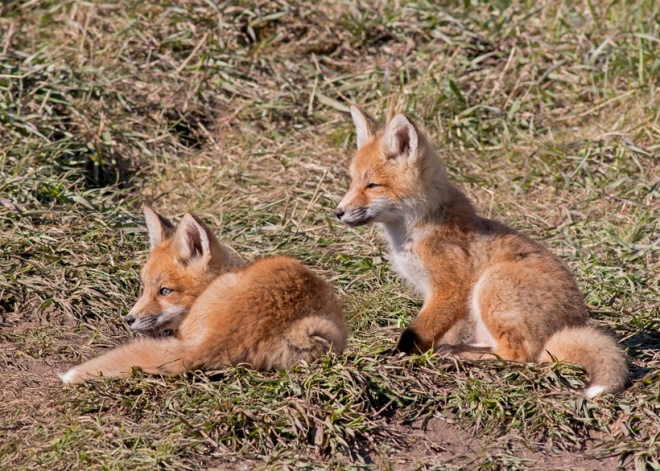 Saw a pair of these while on my run the other day. I think they are living in a field nearby. Quick and clever, they truly adapted for survival in our climate.

The story of your life

Our lives in the present age.

A gathering of writers and authors