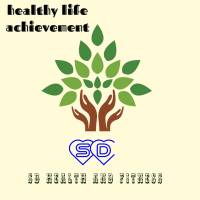 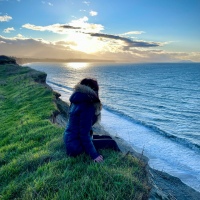 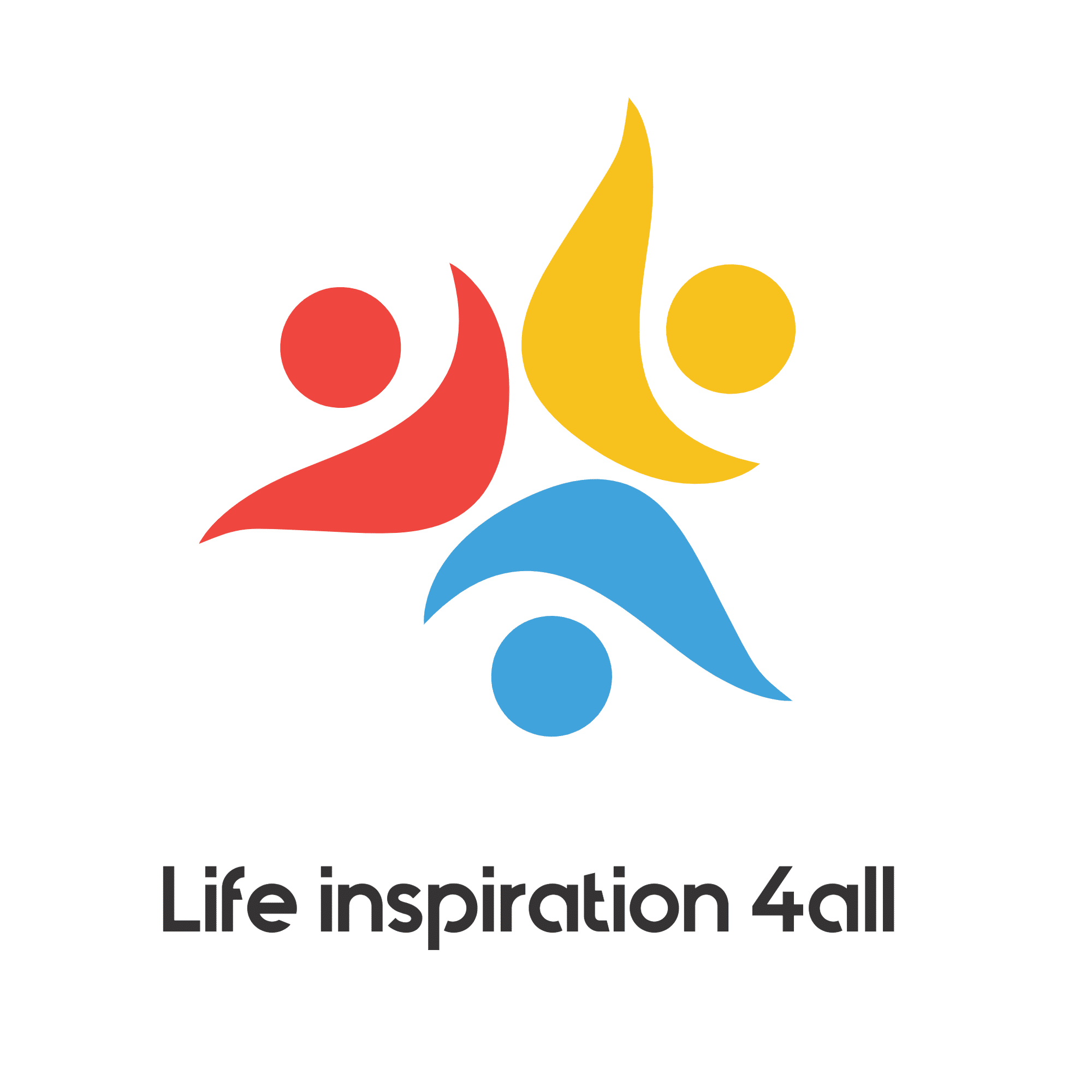 We live in the country, on a back road that the township forgot but is Grand Central to an abundance of wildlife. We’re talking everything from cocky chipmunks that used to torment our yellow lab, to black bears, wolves, and even a moose that wandered from up North. Yup, there’s still plenty of ‘North’ in the tundra above our toques.

If I compiled a file of soundbites, I’d bet most of you would be surprised at which woodland creature is letting you know they’re around.

The title of most terrifying belongs, hands down, to our warm and fuzzy friend, the Fisher. A couple of notes into that murderous cry is enough to flash freeze the blood of even the most stout-hearted.

Now, while the Fisher is downright spooky, what I heard during a twilight walk with Tanya, can be classified as Area 51. Truth is, it wasn’t the first time I’d heard it.

A week prior, I was awakened at that three am timeline, when the weird stuff is supposed to happen, by a hybrid howl. Each call began as a coyote howl but rose in pitch, transforming into what I can only describe as an elk call. You know that shrill sound they make, just before they stomp you? Kinda’ like that scene from Polar Express, where the Caribou cause the train to make an unscheduled stop. Yes, I know the two are different and live in different regions, but that’s what pops into the pumpkin.

The poor thing seemed to be a crossroads, unsure of what category of species it fit into. “Hooves or paws? Do I like the taste of rabbits or wheatgrass? Hmmm . . . dunno, but I can make this sound. Watch me go!”

I did a bit of research and discovered there was more Wile E., than Rudolph, in the DNA batter. Bang the pan lids together! Mind blown! I’ve lived rural for most of my existence, and I’ve never heard anything make that sound.

Oh, back to our walk. So here we are, sundown, reflector vest on and flashlight at the ready to protect us from those really dangerous animals; the ones with four rubber feet and that feast on long extinct flora and fauna alike, when my friend, I’ve named him Celk, starts saying, “Hello!”

Celk was off in the brush to our left, and he was calling out to his crew that were having a party in the brush to our right. What happened next was that the dudes he thought were his crew went silent. Rude! Maybe this is nature’s version of ghosting? I mean, the poor bugger went on for another five minutes and no one answered.

We reached our turnaround point and started for home. Celk must have crossed the road to see what’s up with his boys, because now he was over there calling around. For some reason, I’m picturing them crouching beneath some juniper bush, holding their breaths, and willing themselves not to fart. They were having no part of Celk, who’s invitation must surely have gotten lost in the mail. Or maybe someone blew up his mailbox with an ACME bomb.

My heart went out to poor Celk, who was still giving a shout out to his “pals” ten minutes later. I even voiced my opinion for any and all pointy ears in the vicinity that he’d most certainly find a pack that appreciated  him for the unique fellow he is.

The next night, I listened for Celk, but there was nary a yip nor howl, from anyone. I think there’s a slight possibility I may have offended the ghosting Canis latrans and they’d shoved off. I don’t care if I hurt their feelings, they had it coming.

Not sure what happened to Celk, but I like to imagine he’s found his peeps and is joined paw in paw around an old oak somewhere, belting out his special tune.

Happy Friyay! It’s been about one month since I first posted some videos of our local fauna. Well today, I bring you the best and brightest- uh, well, maybe the most curious.

These videos were captured on a pair of trail cams, set up in the back woods of our property. For those of you who’ve missed the first series, just click here, to be transported back in time: https://markbierman.wordpress.com/2021/06/23/adventures-on-my-trail-cam/ \

Here to greet us, is Miss Cervidae, 2021! She’s trying to teach her younger sister, (see uninterested sister in the background) how one goes about showing off her best features, before closing in for the “money shot”!

You might want some company for this one! The most adorable phantom you’ll ever see.

“Mmmmmm! What’s that smell? Apples? Do I smell apples? Hmmm . . . doesn’t look like one. Could be genetically modified, better give it a pass.”

My absolute fav! Do this: concentrate on the bottom left (your left) hand corner and play it on regular speed. See anything? Now, take your cursor and slow down the video, keeping your eye on the same spot. Don’t blink, or you’ll miss it!

Okay, the last video didn’t translate well to YouTube, if you couldn’t see the creature, scroll down for a snapshot.

Bugger moves lightening quick! It shows up like this on my trail cam video.

When a hippo hollers, does anyone listen? I mean really pay attention to what it’s saying. All we hear is, “Rrrrrr! Rrrrr!” like a faulty chainsaw trying to start. Which, with our negative perspective, we immediately assume translates to, “Kill! Kill!”

But what if this massive barge of flesh is actually saying, “Hey friend, I have this here piece of canoe stuck in my gums, can you help a fellow mammal out?”

Happy Saturday, everyone! I live in a pretty rural area, with plenty of wildlife (hippos don’t like snow, so I’m marked ‘safe’ from them). I do, however, enjoy the company of many fur-bearing friends, so I’ve posted a few photos with some captions of what they most certainly are thinking. Enjoy!

“Frank! It’s the paparazzi again! I TOLD you to find a different lawn!” 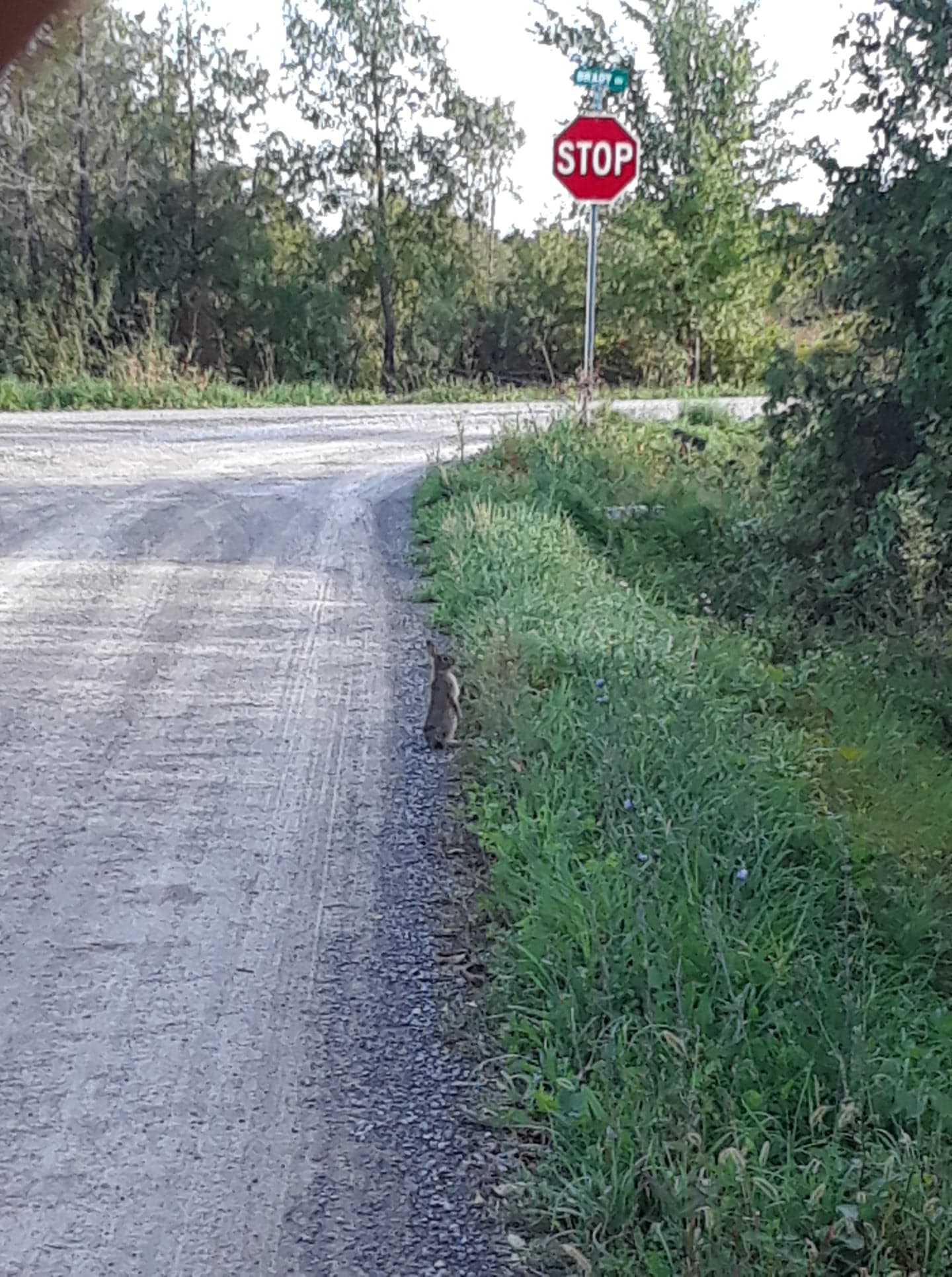 “Everyone, freeze! Pray it doesn’t think we’re made of chocolate!” 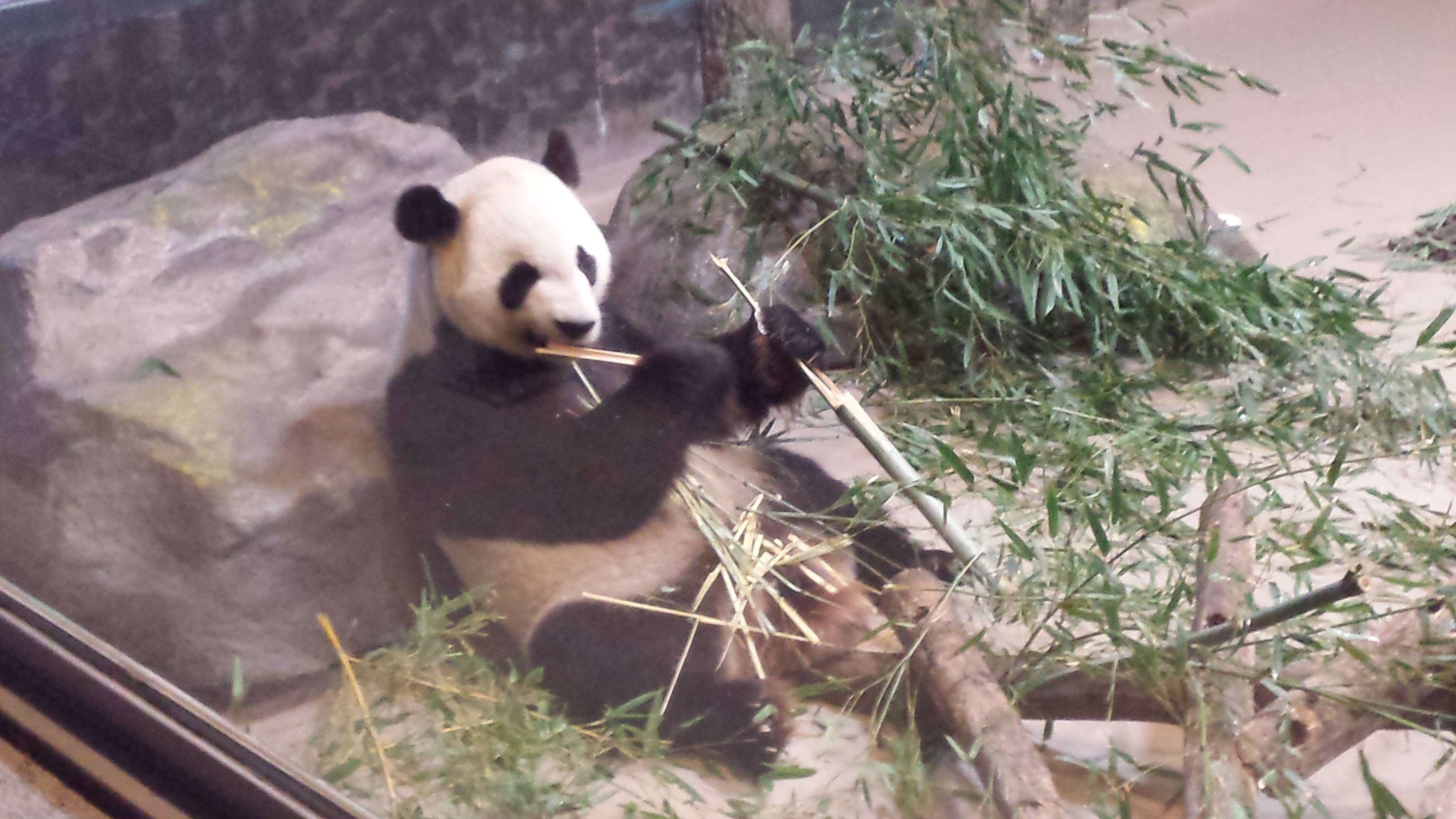 “No dummy, we DO NOT eat noodles or know kung-fu!”

“We’re LOST AGAIN, aren’t we Tom? How many times do I have to tell you to ask for directions!” 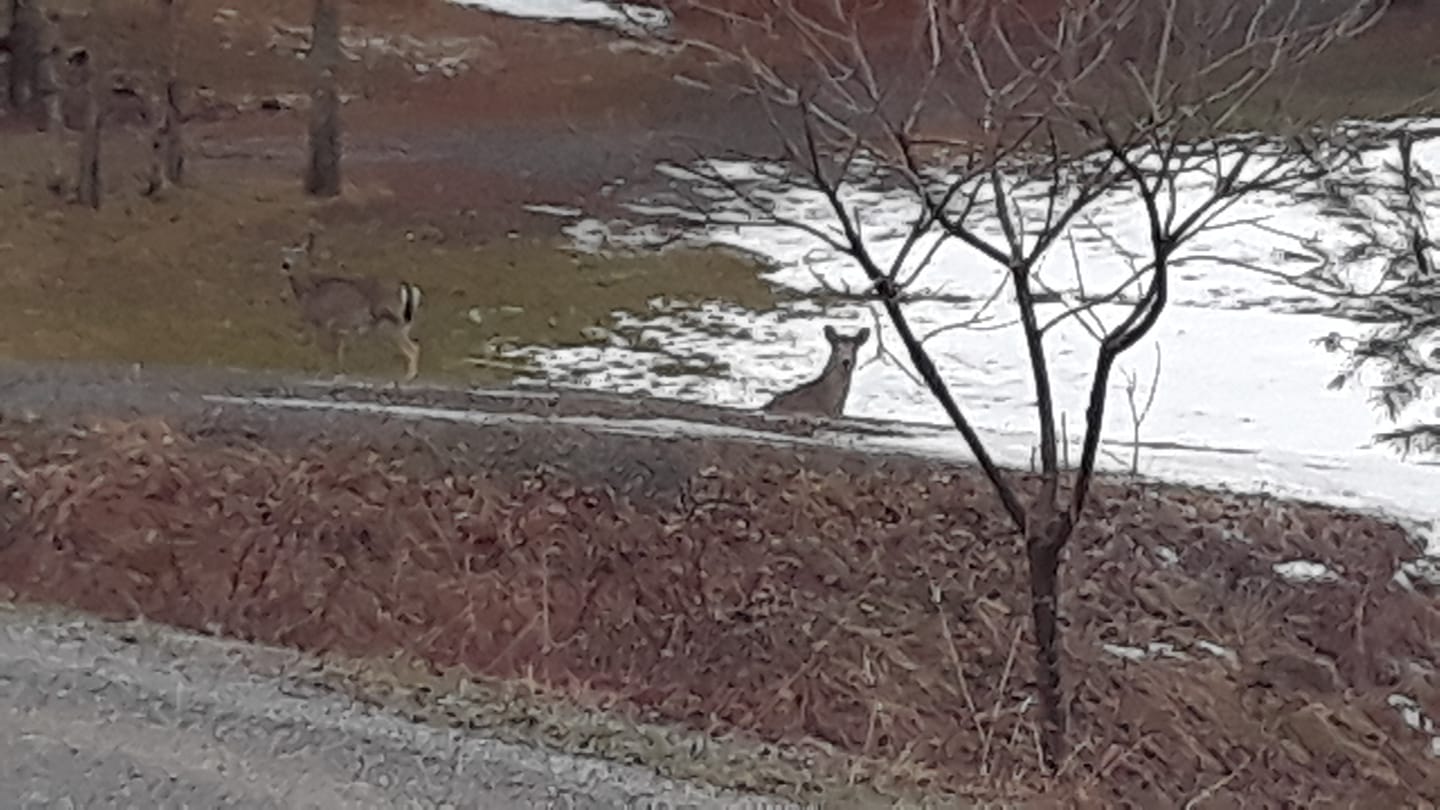 “Bambi! Look! It’s the paparazzi again! I TOLD you that we should have gone somewhere else to eat!”