Betrayed. Kidnapped.
Mistaken for a warrior; Jairus must survive the Emperor’s Games.
Disposed. Ostracized.
Tekagi seeks vengeance and power.
Farm boy versus sorceress.
An empire hinges on the outcome.

Thousands compete for the dragon banner, but in the end there can only be one winner.

The adjudicator thumped the scepter into the ground three times. “By the fates, the war dragons will not return until a new emperor wins the dragon scepter.”
The crowd parted as Tekagi threaded her way toward the funeral cart waiting by the main gate. Tiger pelts adorned the two caskets. Only emperors earned the right to be entombed within the Dragon Palace. The sons were relegated to less hallowed ground.
A few of her most treasured belongings were also piled on the cart. No longer an emperor’s daughter she was being cast out of the palace. A limp tiger tail trailed over the side of the cart. She ran the tips of her obsidian finger stalls along its striped length before tucking it beneath a tapestry.
She tapped her fan against the cart’s side and the driver flicked the horses’ reins into a funeral march. Head bowed, she followed a few paces behind, flanked by her two bodyguards. As she exited through the palace gates and headed to Tiger House she patted the snake bracelet on her forearm, and vowed, “I will reclaim my birthright. Let the Emperor Games begin.” 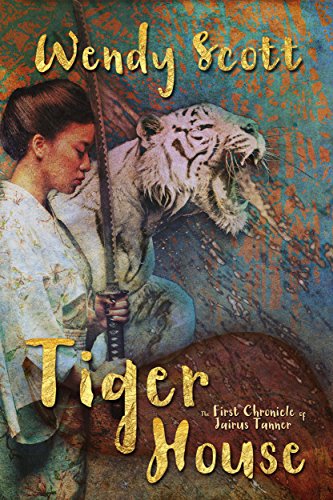 A well-constructed plot that has more twists and turns than a theme park waterslide. Tiger House serves up plenty of action. Imagery is this novel’s forte. Wendy Scott has a wide and colorful pallet of descriptions that say more than the average photo.

It was easy to connect with the characters emotionally, to cheer on the protagonists and to despise those evil Xjiangsuans.

The conclusion sets the stage for a second book and creates the anticipation of another exciting round of adventure.

The book would have earned a Five Star, but I found the first competition to be unoriginal, and for that it will be designated a Four Star.

I recommend Tiger House for those who enjoy High Fantasy and who look to the skies and wonder, “What If?” 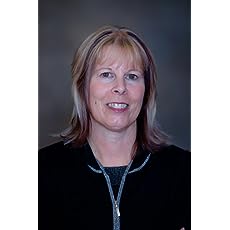 Wendy Scott has a New Zealand Certificate in Science (Chemistry), which allows her to dabble with fuming potions and strange substances, satisfying her inner witch.

One of the creeds she lives by is to always – Live a life less ordinary!

Connect with Wendy and purchase her works.

You can find Wendy’s books listed under the following categories in the RRBC Catalog:

Wendy is a member of Rave Reviews Book Club, check out her Author Page!

16 thoughts on “Review of Tiger House, by Wendy Scott”

This site uses Akismet to reduce spam. Learn how your comment data is processed.

Tarpaulin Designs for any Occasions

Life past, present, thoughts about the future, and ever changing world

Aroused by Arête, a meditating logophile